Sometimes there are more than just one. Alter your surroundings to reach the end.

Credits for audio goes to the following: https://my.pcloud.com/publink/show?code=XZbHuT7Zbwy3QB5hFmJM1iSkvOxMy5MxA4E7

Epic MegaJam Gamejam Project. This is more of a tech demo (at least for me- the programmer) a lot of features were planned or are there but sadly didn't make it into the game. I experimented with level streaming, level blueprints, all kinds of animations and ways to transform things. arrays too. vectors are crazy man.

Just unzip the file and run the RealityIsUnreal.exe this was our project name in case you are wondering. You should find anything else inside the game.

Please feel free to ask us  anyting about the game or its creation process.

So I'm mixed on this one, I think, for the most part, that the puzzle elements, world interaction and level design are pretty solid. However, I think the movement is pretty rough. In a first person platformer, especially one so precise, air control is a real issue. I felt like nearly all the times I either fell or died were due to the fact that I had so little control of my movement after leaving the ground. This wouldn't be an issue in a game where the sole focus was something other than super precise platforming, but it is here. I wanted to see more of the game and mess with more of the puzzles, but the repeated punishment for things that did not feel like my fault were too much of an obstacle for me.

Hey, Lisa here! Thanks for playing Shapeshift and leaving feedback.

The final -  and ofc much better! - version will definitely be more forgiving when it comes to jumping, it will be uploaded shortly. Still doing the last bit of polishing right now.  :) 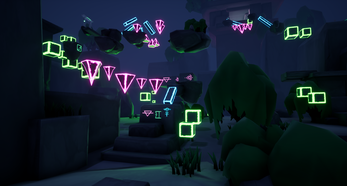 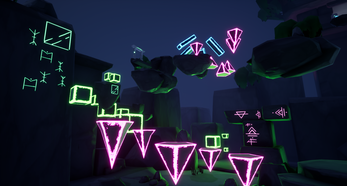